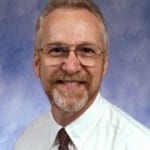 Dr. Ferentz received his M.D. from SUNY at Buffalo School of Medicine, then did a Family Practice residency and fellowship at the University of Maryland. He retired from their Department of Family Medicine as an Associate Professor after 25 years on the faculty. While there, he was Director of Student and Employee Health, Director of Clinical Operations, and Residency Director. He is now the Chief Medical Officer for Baltimore Medical System. He has authored more than 36 articles and book chapters, focusing on Smoking Cessation and the treatment of Depression. He has received more than 24 teaching awards. He has been repeatedly recognized as one of the Best Family Physicians by local and national magazines and has appeared in Who’s Who in America four times. He is a past-President of the Maryland Academy of Family Physicians and served on commissions for the American Academy of Family Physicians. For 8 years he hosted Sunday Rounds, the largest medical call-in show on public radio.