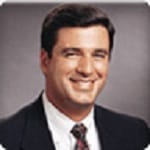 Gregory Kalush is the Chairman, President, and CEO of Interphase Corporation. He joined Interphase in 1998 as Chief Financial Officer, and shortly thereafter assumed broader responsibilities for the company's operations. In 1999, he was promoted to President and CEO. Prior to joining Interphase, Kalush was Vice President of the Transmission Data Services Division of DSC. At DSC he also held positions as Vice President of International Access Products and as Group Vice President of Finance for the Transport Systems Group. Prior to DSC, Kalush worked at IBM, as Director of Finance, Planning and Administration for the $3 billion Southwest Marketing and Service regional business unit. He also served as Division Controller for IBM's Data Systems Division, the company's leading revenue and profit generator at that time. He joined IBM in 1978 and held various positions in the areas of accounting and financial analysis. Kalush received his B.S. in Business Administration and his M.B.A. from Pace University in New York.