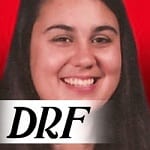 
Mary Rampellini is a correspondent and handicapper for Daily Racing Form. She began contributing to the publication in 1996. She is a native of Hartford, Connecticut, and grew up in a racing family. Her father, Ralph Rampellini, was the racing manager for Nelson Bunker Hunt in the 1980s and also broke a crop of 100 to 120 yearlings for him each year at Hunt's training center in North Texas. Ralph Rampellini later served as a racing manager and trainer for John Franks. Mary is currently based in Hot Springs, Ark., and Grand Prairie, Texas, covering Oaklawn Park and Lone Star Park as well as major stakes at other tracks in Louisiana, Texas, and Oklahoma.