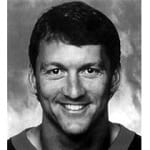 Don Beebe’s rise in the NFL is one of the most inspiring professional sports. Don was out of sports for 3 years when he was asked to play football at Chadron State College in Nebraska. His time at college earned him recognition from football scouts as the, “kid from nowhere with the blazing speed.” Beebe became one of the fastest players in NFL history. A wide receiver for 9 seasons, Don played in the Superbowl 6 times. In 1996-1997 with the Green Bay Packers, Brett Farve is quoted as saying, “We would have never won Superbowl XXXI without Don Beebe.” He is known for his never give up play as a Buffalo Bill against the Dallas Cowboys’ Leon Lett. Don sprinted the length of the field to save a goal line touchdown in the Superbowl. Currently, Don successfully runs the franchise business, House of Speed, with locations across the U.S. Don’s book, “6 Rings from Nowhere,” is being made into a movie featuring his remarkable life.