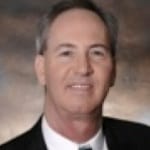 Eric Wagner is a founding partner of MindNest LLC, a technology incubator in Phoenix, Arizona. Prior to that, he was Chief Technology Officer for Pearson Digital Learning, where he led the development of numerous software products. Prior to PDL, Eric was Vice President of Development for GoDaddy.com, General Manager of Oce Reprographic and Groupware Technologies, Vice President of Engineering with Buzzsaw.com, Vice President of AutoCAD Development with Autodesk, and Vice President of Development with Ithaca Software. Eric holds both BSE and MS degrees in Computer Science from Arizona State University, and he is the author of numerous U.S. software patents. He regularly travels nationwide to appear as a keynote speaker at technology and educational events. In his spare time, he enjoys motorcycling, skiing, scuba diving, and is a licensed aircraft pilot. His latest book is Shutting Up: Listening to Your Employees, Leading by Example, and Maximizing Productivity