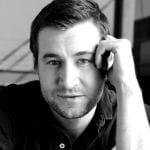 I was born in a rural mountain town in North Carolina. At an early age I had a penchant for being adventurous and sometimes reckless. These traits seem to be both good and bad depending on the situation but nonetheless it led to a great curiosity for life experience. Into my adult years I began to shed some of the more rigid paradigms I was raised with and began to move around the country and experiment with different substances.

Eventually, while living in Los Angeles and about to begin my studies at UCLA I quite innocently got involved with opiates in an attempt to understand the supposed appeal. This journey into the hardest of drugs, that being Heroin, combined with naivety and curiosity quickly led to a serious addiction which persisted until finally rock bottom was where I was resting my head at night.

In a last ditch attempt at kicking the habit, I took a leap of faith and put all my eggs into a rather unorthodox basket, Ibogaine. In January of 2013, after 3 years of being a opiate addict, Ibogaine gave me the chance at freedom I had been desiring for so long and had failed to achieve so many times before. It has been my goal from that day to be the best representative of this medicine that I possibly can be so that others will understand the possibilities that they too will be afforded when they do Ibogaine.

I believe in the potential of every person, and sometimes we lose ourselves, whether to addiction, mental illness, or unfortunate circumstances. I want you to know that you can overcome these challenges, you can find yourself and be the real you, the person you have always known you could be, and Ibogaine is the catalyst to help you do it. Experience the miracle, feel the freedom, and learn to live again at Ibogaine University