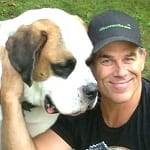 Bob Anderson's experience ranges from the Army to Antarctica and from Harvard to the Himalaya(s). A combat veteran, former high school principal and father of two teenagers Bob's mission each day is to make a positive difference in the life of those he loves, leads and serves. For the past 15 years Bob has been assessing and developing the emotional and social intelligence of C-Level leaders including over 4,500 CEOs. Able to get in trouble in 6 languages and out it in 3 Bob has presented all over the world with recent engagements in Buenos Aires, Doha, Cardiff, Vancouver and all over the continental US. An accomplished endurance athlete Bob has embodied his motto of "running a life on purpose" during the Mount Everest Marathon, the Hard Rock 100 in Colorado, "The Last Marathon" in Antarctica, The Valle de Bravo Marathon in Mexico and dozens more. Bob is married to the former Heather Amberg an award winning speaker and consultant on emotional intelligence.