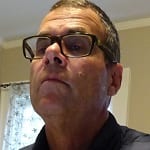 Seth Derish founded Derish Associates as the youngest licensed private investigator in California’s history after he move to San Francisco & worked with several local attorneys. His many adventures include being the lead investigator in the first tested federal Uniform Child Custody Jurisdiction Act resulting in recovery of 2 children kidnapped & taken across state lines by their father; he exposed an Iranian murder conspiracy by the Shah’s secret police on a college campus where he became a target of the District Attorney and had to be defended himself. Fluent in Spanish and English, Seth a Costa Rica office and travels frequently to Latin American countries to conduct investigations and oversee his operations. In addition, Seth & his wife formed the Costa Rica School Project, Inc by raising funds to build a school & community center in Zaragoza de Nicoya, his wife’s birthplace. The project was completed two years ago & sponsors a youth basketball league & repairs farmworkers house