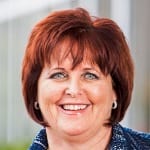 
As President & CEO, Margaret Keane brings with her a passion for emerging technology and employee development, both of which have solidified her reputation as a leader in the field. Margaret led the Retail Card platform at GE Capital as President and CEO beginning in 2004, later expanding her responsibilities to become President & CEO of the GE Capital Retail Finance business in 2011. In her 18 years at GE Capital, she held additional leadership roles spanning consumer finance, vendor financial services, operations and quality. She began her career at Citibank, where she provided leadership in Sales, Marketing and Operations over the course of 16 years. As a leader, Margaret is also known for championing her employees, having initiated several development programs at GE Capital and serving on the cabinet of the GE Women’s Network. She expanded the business focus on e-commerce and mobile capabilities, developing new tools for business clients and consumers alike.