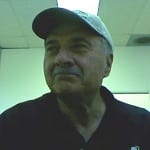 
A Boston native, California Private Investigator Hank Foresta spent 25 years as a detective conducting both air and sea undercover and smuggling investigations for the Los Angeles Police Department. He formed the first major drug task force in the LA area and was the supervising investigator for Operation Pacific, the multi-agency drug task force. Following his retirement after 28 years with the department, he formed his private investigative agency in 1993 where he specializes in complex investigations. His book, published in 2014 titled LAPD Chronicles: A History of the War on Drugs from 1964-1992, details his personal account.