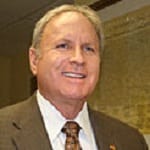 
After returning from service with the United States Marine Corp in Viet Nam, Russell Kolins' education and experience led him into a career as a licensed Private Investigator with an emphasis in Security. Russ further developed his expertise in Bar Security and Liquor liability as a hands-on nightclub owner. Since, he has been court qualified as an expert in multiple states on Investigative Techniques, Security, Liquor Liability (Dram Shop) and Premises Liability. Russ served three terms as President of the Philadelphia/Bucks County Claims Association. He is an appointee to ASIS Hospitality, Entertainment and Tourism Council (HEaT) and recently elected to the ASIS Board as Secretary. He has a Bachelor of Science in Security Management and is a Board Certified Criminal Defense Investigator. Russ is the recipient of numerous awards, both for his service in the USMC and in the fields of Investigation and Security.