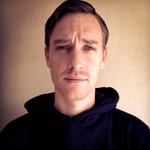 Keegan Kuhn is a videographer, award-winning documentary filmmaker and professional musician living in the east bay of San Francisco. He has worked with nonprofit organizations and been involved in social justice movements for virtually his entire life. As a filmmaker, he helps organizations reach an ever-greater community of supporters with the highest possible quality films and videos. His film career has taken him as far as the remote interior of Alaska to document modern homesteaders, to the high deserts of the American west filming the nation’s remaining wild horses, to rural agricultural communities and dirty urban streets. He is motivated by a deep desire to shed light on untold stories of the most downtrodden in our society and to raise to awareness through greater visibility of social justice issues. Keegan is the owner of First Spark Media and his two feature films are “Cowspiracy” and “Turlock,” a film about Animal Place, a unique sanctuary devoted to rehoming farm animals.