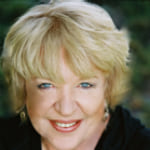 
Patricia Evans is the bestselling author of five books, including The Verbally Abusive Relationship, Verbal Abuse Survivors Speak Out, Controlling People, The Verbally Abusive Man: Can He Change? Victory Over Verbal Abuse
She has appeared on The Oprah Show, CNN, 20 national TV shows, dozens of regional TV shows, over 200 radio shows and O, The Oprah Magazine. Newsweek called her first book "Ground Breaking."
She has consulted to thousands of people and presented in talks and workshops throughout the US, Canada, Madrid and in five cities in Australia. She recently gave 8 CEU's to therapists in WA State. Patricia lives in the San Francisco Bay Area and can be reached via her website at www.VerbalAbuse.com