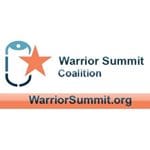 
Served his country from 2001 until 2009,with the Illinois Army National Guard. In April 2010, James co-chaired the inaugural Illinois Warrior Summit as a student veteran at the University of Illinois just a few weeks before graduating with his Bachelor's Degree in Chemistry and Spanish. For his dedication and spirit of volunteerism, James was recognized by the University of Illinois, receiving the Chancellor’s Award for Student Leadership and Volunteer Service. Shortly after, James was recognized by the White House and President Obama, receiving the President’s Volunteer Service Award in October 2010.James currently serves as an Advisor to Mayor Rahm Emanuel on the Chicago Commission on Human Relations Advisory Council on Veteran Affairs. James is also member of the Illinois Secretary of State Jesse White's Veterans Advisory Council; Illinois Treasurer Michael Frerich’s Veterans Advisory Council, and serves as an advisor to the Illinois Department of Veterans Affairs Director.