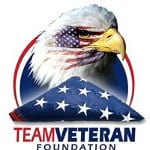 
Gordon Brown served in the United States Navy during the Vietnam War 1972-1980 and was a Leading Petty Officer aboard the aircraft carrier USS Oriskany. He served in Guam in the mid 1970’s assigned to the USS Proteus and worked with several government agencies to investigate and stop a major drug smuggling operation. Transferred to the Naval Drug Rehabilitation Center at Miramar, served as Senior Counselor, Suicide Prevention Officer, Military Liaison Officer for Narcotics Anonymous and initiated the therapy program that eventually became the core therapy standard for the entire Naval Drug Rehabilitation programs. He is also a service-connected disabled veteran. He founded Team Veteran LLC to help create sustainability funding for non-profits like Team Veteran Foundation, Inc. and others that serve our Veterans, Military, their families and those families of the fallen ones.