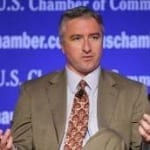 
Colin Roche is Founder and CEO of Swiftmile, the world's first 100% renewable powered eBike Transit System designed for the sharing economy. With over 20 years of experience in product design and business development, Colin previously founded a consumer products company with its flagship product "The PenAgain", a writing instrument centered around ergonomics. He built this into a globally distributed brand carried in over 25 countries and sold over 10 millions units. His stories of invention have been featured multiple times in the WSJ, WIRED, Newsweek and on NBC, ABC, FOX among others. After successfully selling the company to a larger office supply company, he joined PV manufacturer Jiawei Solar as Vice President where he helped guide the company through an IPO in 2013.