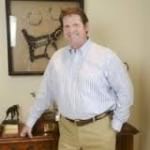 
Eric Hamelback is the CEO of the National Horsemen's Benevolent and Protective Association. He is the former general manager of Frank Stronach’s Adena Springs Farm and resides in Paris, Ky. with his wife Debra and two children. Originally from Frierson, Louisiana Hamelback attended Louisiana State University where he graduated in 1993 with a Bachelor of Science in Animal Systems. He and his family moved to Paris Kentucky in 2008 after living in the Versailles/Midway Kentucky area for 8 years and then in Ocala Florida for 5 years.
As CEO of the National HBPA, Eric serves as representative for the largest horsemen’s group in North America. Currently he represents the National HBPA and its member horsemen on several of industry boards which include the American Horse Council Racing Committee, the unWanted Horse Council Education Committee, the RMTC, the NTRA Safety Alliance, the Racing Officials Accreditation Program, as well as the Racing Commissioners International.