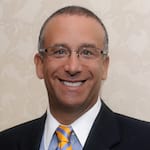 
Mr. Alswang is a world traveled security expert having provided protection services for US Presidents, Heads of State, Dignitaries, and ongoing, high profile global executives and prominent individuals.
During his 20 years in the United States Secret Service, Scott protected every U.S. President from Ronald Reagan to George W. Bush. Scott also conducted protective advances for every major foreign head of state that visited the US.
Mr. Alswang routinely oversees protective advances in his present position with SOS Security LLC and is an integral participant in the continued growth of the corporation.
Scott Alswang was elected Director of the Association of the Former Agents of the United States Secret Service in 2009. The AFAUSS is a fraternal and charitable organization comprised of 3,200 former US Secret Service Agents.
Scott is also an owner of SOS Security LLC and regularly appears on national/international TV and Radio to speak about security issues.