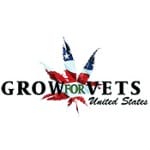 
Roger is a proud Veteran of the United States Army and has a background in law enforcement who has been coping with chronic pain since the 1970’s. He credits cannabis with having saved his life in 2010, by helping him overcome a ten year dependency on dangerous prescription drugs. Roger began offering free cannabis to Vets in March 2013. In January 2014, he formalized his efforts by establishing Grow for Vets U.S.A and currently operates chapters in several states. Driven by the fact that more than 50 American heroes die each day from prescription drug overdose and suicide. He works tirelessly to convince State officials and the public at large that cannabis is a much safer treatment option for Veterans than are deadly prescription drug cocktails.