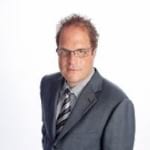 
In 2010, Kerry gave up most of his other interests to pursue his long held desire of becoming a radio show host. Thus the Financial Survival Network was born. Its mission is helping readers and listeners to prosper and thrive in the New Economy. He has done hundreds of interviews with such financial luminaries as Peter Schiff, Harry S. Dent, Martin Armstrong, Jim Rogers, Marc Faber and Peter Grandich. He continually releases new segments and interviews on iTunes and YouTube. His new Triple Lutz Report was an instant hit and continues to increase audience share. As he says, “The Financial Survival Network, It’s All About What’s Next!“ www.financialsurvivalnetwork.com