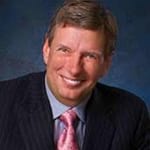 
Mr. Weber was the Chairman of Remy International, Inc., a leading worldwide manufacturer, re manufacturer and distributor of heavy duty systems, starters and alternators and hybrid technology products. In that role he led exit of the major shareholder, reconstructed the board, and ultimately sold the company to Borg Warner. Previously, Mr. Weber served as the President and CEO for Remy International, leading the company through restructuring and taking the company public in 2012. His turnaround efforts were recognized as “Turnaround of the Year” by the turnaround management association. He was recognized as an Entrepreneur of the Year (Midwest) by Ernst and Young. Mr. Weber earned an MBA with Distinction from Harvard University, and a BS in Mechanical Engineering with Honors from University of Toronto, where he is a distinguished alumni. He founded the advisory board for the Mechanical and Industrial Engineering School at the University of Toronto and continues to support that board.