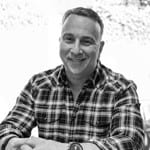 Born in Queens, NY in 1971, Adam is a graduate of SW Texas State University, with a BFA in Theater. To his credit, he co-wrote/produced/starred in the independent feature film RHINOS. The movie won Best Feature at the 1999 New York International Independent Film & Video Festival and was the Runner-Up Best Feature at the 1998 Flagstaff Film Festival. Now CEO and Co-Founder of OpenJar Concepts, an ad agency, Adam still makes time to be creative, with family at the peak of his daily life. Living in beautiful Temecula, CA with his wife and two daughters, the girls are why the bullying was chosen for his book’s subject. Adam himself remembers being chased and bullied as a child, and both of his girls have dealt with bullying. Driven by creativity, Adam has tried everything from movie-making to music production, and now writing. The idea of telling a story to children with animals in clothing is a new frontier for Mr. Warren, yet he’s already dreaming of his next book!