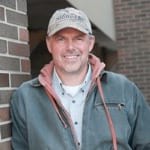 
As a documentary filmmaker Edgar has had a notable record of successful production in very stressful prison environments. Edgar’s academy award nominated (2014) documentary- Prison Terminal- has been shown in over 60 prisons and over 80 colleges, universities, and other community centers. Edgar takes great satisfaction in his ability to tackle large-scale problems within the American criminal justice system and present them on a very personal level so that the destructive impact of a dysfunctional correctional system can be made more palpable to the viewer. He took on the mission to document one of the few positive programs that exists today behind bars in hopes that other facilities will emulate the prisoner-run hospice program and instill much needed dignity to dying in prison for all concerned. Edgar is currently Social Documentarian at the Jane Addams College of Social Work, Center for Social Policy and Research at the University of Illinois at Chicago. PrisonTerminal.com.