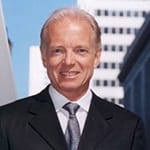 
John calls Calgary home, but has lived in a number of Canadian cities. Born in Big Springs, Texas of Canadian parents, he lived the majority of his life in Canada after completing high school in Edmonton, attended Royal Roads Military College in Victoria, BC and Royal Military College in Kingston, Ontario. John has been in the real estate business in Calgary since 1972. In 1973, he founded Torode Realty which he expanded into Edmonton in 1990. In 1995 Torode purchased Knowlton Realty with offices in Toronto and Vancouver. The brokerage business was sold in 2004. John has consolidated his businesses under Torode Realty Advisors, a company that syndicates commercial real estate projects. He personally allocates 100% of his time to sales, marketing and development. John is active in the arts community and has served on the boards of Theatre Calgary, the Calgary Centre of Performing Arts and the Calgary Philharmonic Orchestra. He is currently on the Board of the Calgary Opera and Theater.