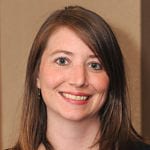 
Jaia Peterson Lent is the Deputy Executive Director at Generations United where she provides direction for the National Center on Grandfamilies, a leading voice for issues affecting families headed by grandparents or other relatives. She is a trusted voice on Capitol Hill, having testified before the U.S. Senate Special Committee on Aging and in several briefings. She is a sought-after speaker, nationally recognized columnist and blogger and respected media resource. In 2017 Lent was named one of the Top 50 Influencers in Aging by Next Avenue. Under her leadership, legislation has passed to support grandfamilies in areas ranging from housing to family caregiving to child welfare.