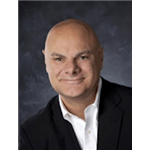 
Chris White is a third-generation entrepreneur. Entrepreneurship has been a part of his life since an early age, as he watched his father build two companies from scratch before embarking on his own journey in the business world.
Working in corporate sales for a Motorola distributor, he built a successful client base including Harley-Davidson, Miller Brewing Company, Honda and Ford Motor Company. After his corporate experiences, Chris found himself gravitating toward the challenges of starting and building his own business.
He partnered with a software engineer and forged a successful software company from the ground up. Chris provided leadership and coordination of the company’s sales and marketing functions, as well as developed targeted markets. After years of business development and hard-earned sales growth, the programming rights for the software were sold and eventually the company was acquired. Today Chris dedicates his time as a Certified EOS Implementer and speaker.