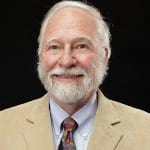 
DAVID KENNEDY, D.D.S. received his D.D.S. Degree from the University of Missouri at Kansas City Dental School in 1971. In the military, one of his duties was environmental cleanup of the Naval Training Center base for spilled dental mercury.
In 1973, after the completion of his service obligation, Dr. Kennedy established his private practice in San Diego. He also established and helped build the Chicano Children’s Dental Health Center. In 1984, he founded the Preventive Dental Health Association. From 1988 to 1994 he served as Vice President and then President of the International Academy of Oral Medicine and Toxicology. In October 1995, Governor Pete Wilson signed AB733 into law which forces mandatory fluoridation of our water supply in all of California. The Legislature did this without examining the dangers such as hip fractures, cancer, dental fluorosis and other harmful effects, which have been linked to fluoride in the scientific literature.