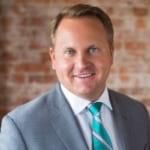 
Josh Jalinski has been selected as a Five Star Wealth Manager in 2012, 2013, 2014, and 2015. He was named as an Advisor of the Year finalist (only 5 are selected each year in the country) by Senior Market Advisor August 2010 magazine, a leading financial industry publication. He has also been selected for the Top of the Million Dollar Round Table, an association of financial professionals. Josh has attained elite status in the Top of the Table for eight years (only the top one-tenth of 1% make this category). Josh teaches people how they may be able to lower risk, minimize taxes, and maximize wealth! Josh is the host of the popular Financial Quarterback TM Show. He has been featured as an expert guest on numerous media sources including CNBC, Fox Business News, CBS News, and Bloomberg.
http://jalinski.org/