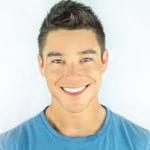 
JJ Yosh is a TV Host, Adventure Film Maker, Backcountry Chef, Mountaineer, and Actor. He discovered his love for nature on his first backpacking trip, and quickly saw that exploring our earth was the key to helping the world.
Since that time, JJ has led countless groups of people all over the world to explore some of the most beautiful places on earth and now he produces engaging media to inspire people to get outdoors and explore their backyards.
Recently, JJ has hosted television shows for Discovery, TLC, and Tastemade networks. He also has produced, directed, written, and starred in a full feature film called Ancient Tomorrow, now airing on Amazon, Google Play, GAIA TV, Vimeo, Vudu, and Dish TV.
JJ Yosh's Website: http://www.jjyosh.com/