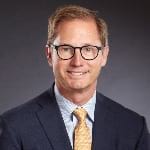 
Alex Fischer is the President and CEO of the Columbus Partnership, a civic leadership organization formed in 2002 of Columbus, Ohio’s, top business leaders to improve the economic and cultural base of central Ohio. The Partnership is helping to lead the Columbus 2020 economic development effort, which is a collaboration of regional economic development organizations. Members of the Partnership are chairpersons and chief executive officers of Columbus’ largest companies and institutions and include 15 Fortune 1000 CEOs. The Columbus Partnership played a key role in winning the U.S. Department of Transportation’s “Smart City Challenge” to bring $50 million of grant funding to the city and receiving official designation as the “Smart City” of North America.