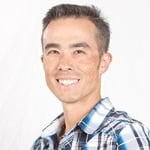 
Danny Heinsohn was diagnosed with a malignant brain tumor the day after he graduated college in May of 1999. He was only 23 years old with plans to backpack across Europe, . Instead, Danny endured three craniotomies followed by 12 months of chemotherapy, and several years of seizure complications, cognitive therapy and social reintegration.
While Danny grew up playing team sports such as baseball, volleyball, tennis, and basketball, endurance sports became his calling after his cancer ordeal. Throughout his efforts over $125,000 was raised for the Leukemia & Lymphoma Society between 2002 and 2008.
In 2010, Danny went big to celebrate his 10th year of remission from brain cancer. His friends, family, and medical team were his heroes during his trying times. So to celebrate his 10th year of brain cancer remission, Danny registered to compete in Ironman Canada for August of 2010, and started a scholarship fund for young adult cancer survivors called My Hometown Heroes.