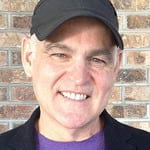 
Paul currently serves as the Executive Director for Brother Wolf Animal Rescue. Over the past 25 years, he has founded and/or lead numerous organizations and initiatives, including: Southern Animal Foundation in New Orleans; Big Easy Feral Cat Project; Best Friends Animal Society in Utah where he ran the largest (and longest) Katrina rescue operation in the country; he rescued and rehabilitated the dogs of Michael Vick. He produced the National Geographic show Dog Town; conducted an international rescue of over 300 dogs and cats, after the only Lebanon animal shelter was bombed; and rescued over 600 starving cats in Pahrump, NV.