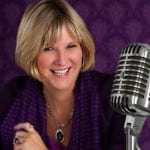 
Lori La Bey is the founder of Alzheimer’s Speaks, a Minnesota based advocacy group & media outlet making an international impact by providing education & support for those dealing with Alzheimer’s disease & other dementias. Her own mother struggled with dementia for over 30 years. La Bey's radio show is the first program dedicated to dementia in the world, along with the first webinar series called, “Dementia Chats™,” whose experts are those diagnosed with the disease. Lori is known for igniting the fire that sparked the first Dementia Friendly Community in the United States, in Watertown, Wisconsin in 2013. In 2011, she launched first Memory Café in the U.S. in Roseville, Minnesota and 2016, she was involved with developing the Dementia Caregivers Re-Entry Initiative. In the fall of 2015, La Bey helped launch the Hollywood film, “His Neighbor Phil,” which highlights the emotions families struggle with AND the depths of simple joys experienced in caring for someone with dementia.