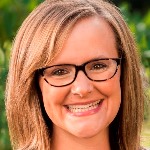 
Sara Calvert-Kubrom has held in a variety of positions in higher education, starting with her time advising students and planning academic events as part of her work in the Women’s and Gender Studies program at Boston College. From there, she became a lead administrator of the N.U. in Program, Northeastern University’s freshman study abroad program, where she collaborated with the office of admission on all student enrollment initiatives and oversaw multiple program elements, including student and professional staff in five countries and residence life and student affairs programming and policy. Most recently, Sara was an admissions officer at her undergraduate alma mater, Lewis & Clark College in Portland, Oregon. While working at L&C, Sara managed the college’s admissions decision release process, recruited students predominantly from the East Coast, Arizona, and California, managed and trained new admissions counselors, and read thousands of applications.