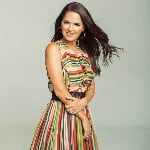 
Alysia Helming: Executive Producer & Bestselling Author!
American novelist Alysia Helming is the best-selling author of the Protogenesis Book Series, the Executive Producer of the short lm series Footsteps in Athens which bring to life onscreen a selection of the book’s most intriguing scenes showcasing the real-life experience of Greece, the Creator/ Executive Producer of the upcoming American TV series Meet Me in Greece, based on the author’s real-life story behind the writing of the book series and the primary shareholder and President of Protogenesis Media.
When she isn’t writing, Helming is considered a ‘Clean Energy Guru’ and is also a majority investor/owner in Pristine Sun, a major solar independent power producer in the United States.