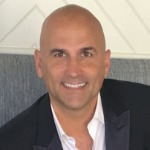 
Scott Duffy is the Founder of SD Media Holdings. He began his career working for best-selling author and speaker, Tony Robbins, and went on to work for several small businesses that became big media brands like CBS Sportsline, NBC Internet, and FOXSports.com. Next, he founded Smart Charter, an online booking tool for private aviation, which was acquired by Richard Branson’s Virgin Group.
Today, Scott is a champion for entrepreneurship. He has been listed as a “Top 10 Keynote Speaker” by Entrepreneur. He has spoken at the NYSE and provided commentary in numerous media outlets including CNBC, FOX News, and CBS Radio. He is the Co-Host of “Business & Burgers” and Best-Selling Author of “Breakthrough” a roadmap for building great companies.
Connect with Scott online at www.scottduffy.com