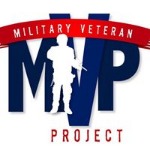 Melissa's life changed on April 10, 2011 when she receive a heart wrenching phone call that her husband SGT Jamie Jarboe was wounded in battle. After 11 months of being bedside to her husband, he succumbed to his wounds and passed away on March 21, 2012, just a day after Melissa?s 33rd Birthday.
To carry on her husbands dying wish to care for his fellow soldiers, in August 2012 Melissa founded the Military Veteran Project a volunteer-driven charity committed to military suicide prevention through research and treatment.