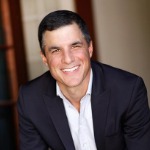 Ken Davenport is a Tony Award-winning producer of Broadway and Off Broadway shows, including most recently Groundhog Day: The Musical, Deaf West’s Spring Awakening, and The Play That Goes Wrong, as well as the Broadway revival of Once On This Island and the original musical Gettin’ the Band Back Together, which just closed.. Davenport has revolutionized the Broadway market with his diverse approaches at engaging audiences through his shows. So true..
He is an internationally recognized and award-winning writer of several Broadway and Off Broadway shows as well as several books about producing, Broadway investing, and how to raise money for shows. Additionally, he is the Executive Producer for ‘North America for Andrew Lloyd Webber’s Really Useful Group’.