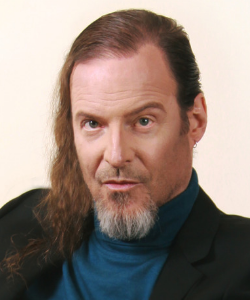 Over the past 30 years, award-winning and chart-topping composer Steven Chesne’s prolific career has spanned symphonic, historical and world music, as well as music for film and television. To date, Chesne has composed the scores for more than 300 episodes of prime-time television shows, including “Batman: the Animated Series,” “Family Man,” “Family Matters,” “Getting By,” “Hangin’ with Mr. Cooper,” “The Hogan Family,” “Kirk,” “Life Happens,” “Perfect Strangers,” “Step by Step,” and “Valerie.” The orchestral score for “Batman: the Animated Series” was nominated for an award by the International Film Music Critics Association. He also has scored 17 theatrical art-house films including “Zen Noir,” “Debating Robert Lee,” “The Trip,” and “No Turning Back.” The American Society of Composers, Authors and Publishers (ASCAP) hosted an event that honored Chesne’s creative contribution to the soundtrack of art-house cinema. For more information, visit http://www.chezworks.com.