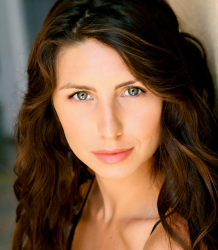 Lyndsey has worked as a writer, director, actor, singer/songwriter, and producer for film and stage for more than 10 years. She has written and directed multiple Episodics for children’s series, The Superkids, as well as many segments of their corresponding curriculum. She also wrote, directed, and co-produced the full length feature, Superkid Academy: The Mission, working with Ron “Neffu” Feemster (producer of Michael Jackson’s last album) to create songs for the soundtrack. She has produced and directed many films, shorts, and music videos. She also produced the award-winning short, Happily Ever After, which starred Angela Sprinkle and was directed by Carsten Kurpaneck, editor of Earth to Echo. She is also a member of the Strand of Pearls whose albums, Light in the Land and Strand of Pearls sold over 80,000 units, and is currently working on a solo album. As an actress, she has starred live on stage in Love and Other Strangers, Brighton Beach Memoirs, Comedy or Errors.