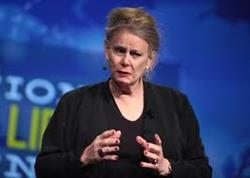 Deirdre McCloskey is Distinguished Professor Emerita of Economics and of History, and Professor Emerita of English and of Communication, at the University of Illinois at Chicago. Trained at Harvard in the 1960s as an economist, she has written twenty books and some four hundred academic articles on economic theory, economic history, philosophy, rhetoric, statistical theory, feminism, ethics, and law. She taught for twelve years at the University of Chicago in the Economics Department in its glory days, but now describes herself as a “literary, quantitative, postmodern, free-market, progressive-Episcopalian, ex-Marxist, Midwestern woman from Boston who was once a man. Not ‘conservative’! I’m a Christian classical liberal.” Her most recent popular books, for example, are Why Liberalism Works: How True Liberal Values Produce a Freer, More Equal, Prosperous World for All, and with Art Carden Leave Me Alone and I’ll Make You Rich: The Bourgeois Deal.