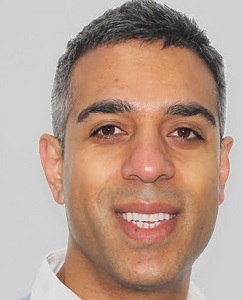 For over 20 years Moeed has been obsessed with how and why people make the decisions they do. His journey started with graduating in Neuroscience; learning the evolution of our brain structure and the impact this has on the psychology of decision-making. Fast-forward several years, and he has won various sales awards, consistently outperformed targets and specialised in selling solutions to C-Level Executives in both mid-sized businesses and large multinationals. He has sold millions of dollars of complex products & solutions to over 10 industries. His clients have included C-Level Executives from over 400 of the biggest companies in the world, including Technicolor, Saudi Aramco, Nestle, Pepsi, BAE Systems, Bell Labs, Merck, Danone, Beiersdorf (Nivea), Kone, Givaudan, Akzo Nobel, T-Systems, Total, Britvic, Royal DSM, Velux, Novozymes, British American Tobacco, Solvay, and Allegion. He has led sales teams in some of the largest professional services brands like Gartner and turned various declining businesses into success stories. Moeed was mentored by several leaders at the top of their field, including Matthew Dixon, co-author of The Challenger Series.