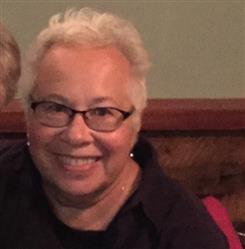 and determination that separate those who succeed from those who don't. She is equally at home with a paintbrush and canvas, a needle and thread, a hammer and nails, or a pen and paper, and is as eclectic in her writing as she is in her other interests. While best known for her definitive sociological study, Married Women Who Love Women, now in its third edition, she is also the author of an autobiographical how-to book A Writer’s Journey: What to Know Before, During, and After Writing a Book, an exciting mystery, In the Shadow of the Wonder Wheel, a paranormal romance, Tangled Ribbons, a rhyming picture book in which she has combined both her writing and her painting skills, Grandpa and Me and the Park in the City, a cook book, Potatoes With Appeal: 105 Mouth-Watering Recipes, and a middle grade chapter book, Secret Survivors. http://www.carrenstrock.com