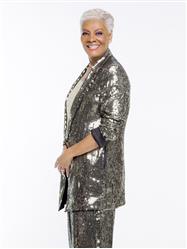 After teaming with renowned songwriters, Burt Bacharach and Hal David, her first major release in 1962, "Don't Make Me Over" kicked off 18 more consecutive Top 100 singles. A few of her chart-toppers include, "Walk on By," "Anyone Who Had a Heart," "Message to Michael," "Promises Promises," "A House is Not a Home," "Alfie," "Say a Little Prayer," and "I'll Never Fall in Love Again." After 30 hits, and close to 20 best-selling albums with the team, she received her first Grammy Award in 1968 for, "Do You Know the Way to San Jose?" and in a series of trailblazing moments, she became the first African-American female artist to appear before the Queen of England at a Royal Command Performance. In using her music to support her activism, she performed in the all-star charity single, "We Are the World," and in 1984’s "Live Aid. She also made recording history with Gladys Knight, Elton John, and Stevie Wonder with, "That's What Friends Are For."