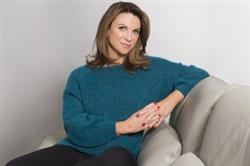 Tracey Cox is one of the world’s most famous sex experts and writers on sex and relationships. She has been writing and talking about sex for thirty years, including 16 books, and has toured the world as an international sex, body language, and relationship expert. She has an academic background in psychology and has counseled via the media for decades. She has appeared on Oprah, CNN, and The Today Show in the US, as well as many prime-time chat shows world-wide. Tracey has a weekly column with the MailOnline, the world’s most-visited English-language news website, and a weekly radio show, The Tracey Cox Show, which is live on Jack Radio, every Wednesday. She has two sex toy product ranges – EDGE, specifically designed for men, and supersex for men, women, and couples – which she developed in the UK. Tracey currently lives in Notting Hill, London, and is married with a step-daughter.