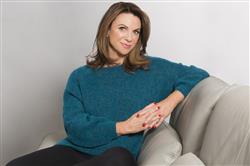 TRACEY COX is one of the world’s most famous sex experts and writers on sex and relationships. She has been writing, researching, and talking about sex for thirty years and has toured the world as an international sex, body language and relationship expert. Born in the UK, Tracey spent many years in Australia, where she was Associate Editor of Cosmopolitan magazine and had a weekly national radio show. She moved to London to host her first television series and made numerous programs both in the UK and the US about sex and relationships, including the popular prime-time series Would Like to Meet (BBC and Discovery) and The Sex Inspectors (CH4 and HBO). She has an academic background in psychology and has counselled via the media for decades. Tracey has written 16 books, many of which are bestsellers, including Hot Sex: How to Do It— available in 140 countries and translated into over 20 languages—and Supersex. She has appeared on Oprah, CNN, and The Today Show in the US, as well as many prime-time chat shows worldwide. Tracey has a weekly column with the MailOnline, the world’s largest English speaking news website and a weekly radio show, The Tracey Cox Show, which is live on Jack Radio, every Wednesday. She has two product ranges—EDGE, specifically designed for men, and supersex for men, women and couples—which she developed in the UK with one of the world’s most popular sex toy retailers, Lovehoney.