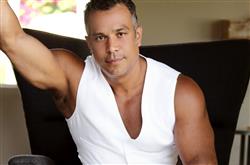 The thunderous beats of New Yorker Tony Moran have resonated throughout clubs and arenas around the world, and have dominated the Billboard dance charts for decades. When artists like Mariah Carey, Whitney Houston, Madonna, Beyonce´, Britney Spears, Rihanna, Mary J Blige, Janet Jackson and Jennifer Lopez want to tear up the dance floor, they call upon the top-ranked DJ and Grammy-nominated producer and remixer for The Moran Sound --- hard hitting tribal house anthems infused with the latest cutting edge sounds in electronica.Moran, however, is more than a man that works the DJ booth and studio. An accomplished singer and songwriter, Moran has released a number of independent singles and CDs throughout his three- decade long (and counting) career. His latest offering, entitled MAGIC is a universal embrace of soul, sympathy and conviction. MAGIC has been two years in the making, and follows hot on the heels of his previous tour de force double dance CD, THE EVENT. The lead single from MAGIC is You Are, an original Moran composition featuring powerful vocals by Frenchie Davis.EARLY ROOTS Drawing strength from the challenges of his childhood surroundings in Brooklyn,