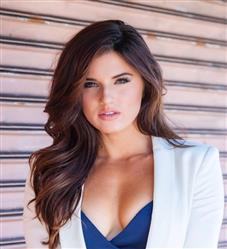 Rachele Brooke Smith is an actress, host, coach, and motivational speaker seen frequently on Hollywood screens, modeling for major brands, and motivating fans around the world. After playing the lead in the sequel to the film that changed her life as a little girl (Center Stage) and literally doing what everyone told her was impossible, Rachele is on a mission to empower others to create #HeroHabits, disrupt doubt, and become the hero of their own life story. She has hosted world-renowned events like the “Start Up World Cup” 4 years in a row and she is committed to helping elevate the human consciousness and spread her philosophy of using “The 5C Hero Habits” curiosity, creativity, compassion, courage, & connection along with empowering music, movements, mindsets, and movies as tools to help disrupt doubt, fear, and or limiting beliefs and help people become the hero of their own life’s story. In addition, Rachele and her partner, Emilio Palafox, co-created their media company, Relationship Renegades, and co-host one of the best new Relationship radio shows, Relationship Renegades.