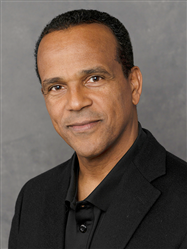 Waldo Cabrera is Executive Producer of the National VJ Network. A six-time Emmy® nominated journalist, Waldo has over 30 years of professional advertising and marketing and production experience, working with companies such as Verizon, PBS, Fox, HBO, Time Warner, Viacom, The NY Daily News and McDonald’s. Born in the Dominican Republic, he immigrated to The Bronx when he was eight. After studying advertising in New York City's High School of Art and Design and getting an advertising degree from Syracuse University, Waldo joined 4Kids Entertainment, the company that brought Pokémon to the United States. During his 12 years at 4Kids, he was part of a stunning growth period that saw the company go from about 25 employees to more than 300. In 2007, Waldo launched the video news online channel ISLIP.TV (MyLITV) which was met with critical acclaim from journalists, the New York State Senate and Assembly. In 2009 MyLITV was picked up by Verizon FiOS1 News. The channel launched with Waldo’s “My Long Island TV” news magazine as part of its programming. Over an eight-year run, and over 1,200 episodes, the show was honored with dozens of journalism awards. Waldo continues to tell stories and produce films. Most recently, he animated a short film “Cucarachita Martina’s Musical Adventure” which was featured in the TRIBECA Film Festival and he received four 2021 Emmy® nominations.