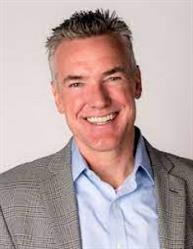 His snowboarding accomplishments include: three-time Winter Games participant, he also is Bronze Medalist in Salt Lake City in 2002, and became the first organ transplant recipient in history to win an Olympic medal, he is an eleven-time US National Champion, twenty-year veteran of the Snowboard World Cup, and five-time World Cup Champion... In 1991, Chris was diagnosed with primary sclerosing cholangitis (PSC), a rare degenerative bile duct condition that affects the liver. The only known cure is a liver transplant. Chris remained on the transplant waitlist for six years, the last three months of which were spent in a critical state. During this fragile time, Chris vowed that, if he made it through, he would do everything he could to make a difference for the thousands of individuals who, like him, were waiting for a second chance at life. Chris finally received his lifesaving liver transplant on July 28, 2000. Only 18 months after his transplant, Chris took home a bronze medal in the 2002 Winter Olympics in Salt Lake City. The following year, he founded the Chris Klug Foundation to help save lives and promote a healthy, active lifestyle post-transplant. Founded in October 2003, the Chris Klug Foundation is dedicated to promoting lifesaving organ and tissue donation and improving the quality of life for those touched by organ donation. Chris is a top real estate broker right here in Aspen, Colorado where he lives with his wife Missy, two children River and Bali, and their do